Hobby:   being on the move – travelling

Why should you travel with your Simson?

I think that’s the question most people ask themselves, when I’m on tour. But the real question is: Why shouldn’t you?

There´s so much to explore and you can easily meet awesome people, that you normally never met in everyday life.

Maybe there’s a little bit of insanity in it, but that makes it even more joyful.

Which experiences do I make?

Experiences come with problems. Don’t panic if you have a breakdown, just sit down for a few minutes, most of the time, the problem is solved by itself. Even in the most distant wilderness, people are willing to help you without asking for something (these are some big highlights and sometimes they lead to real friendships).

Where do I sleep during my journeys?

Most of the time I have to choose between youth hostels, strangers (via CouchSurfing) or my tent. If necessary, it is also the bus stop. ;)

How do I find the right path?

I basically don’t use navigation devices, because there are many nights with no possibility to charge something. That’s why I’m going after map, which takes away much space and isn’t as light as an extra device, but you don’t have to charge your maps and in my opinion it’s much more fun to use a map.

And in case you just don’t find the right path, you still have a mouth and your hands to communicate!

How did I get the idea to travel like that?

In 2011 my dad has given me the book “Abgefahren – In 16 Jahren um die Welt” (Around the world in 16 years). This book brought me some trouble in school, because I didn’t want to stop reading it during my lessons, so my teacher had to take it away many times. But since reading this book I said to myself, that I wanted to travel like this too! I don’t even think about “normal travelling” and relaxing holiday anymore.

Travelling alone is a matter of attitude. It doesn’t mean that you have no friends, or you’re antisocial, its only about enjoying the silence. The further I travel by myself, the better I feel. I wouldn’t enjoy travelling with a group of people, except for my girlfriend, because that’d a different kind of journey.

Travelling teaches so many things. Philosophy of life, tolerance, charity and so on. There’s nothing else where I felt so much kindness as while being on the move.

My first Simson journey led me through 5 different countries: Germany, Netherlands, Belgium, France and Great Britain. On this trip, I realized how special and exciting it is to travel like this.

My family and friends discouraged me and told me I wouldn’t even be able to leave Germany with such an old motorcycle. Well, I just didn’t listen to them and set off. I had to call the breakdown service twice: once, because I forgot to refuel in France and another time because of an accident in London (My moped was rammed by a car while I was sleeping at the youth hostel, which caused the clutch lever to snap off).

This holiday has shown me, that you can accomplish your dreams, even if you’re the only one who believes. 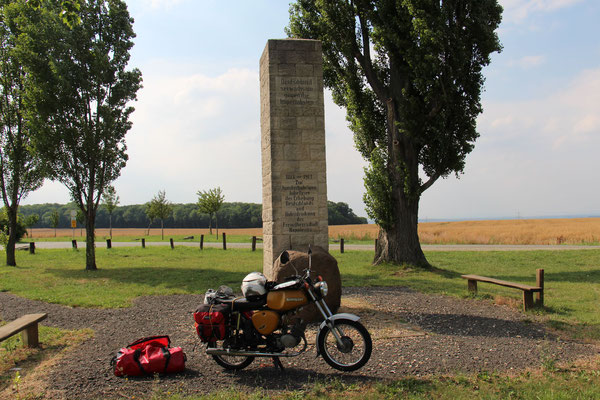 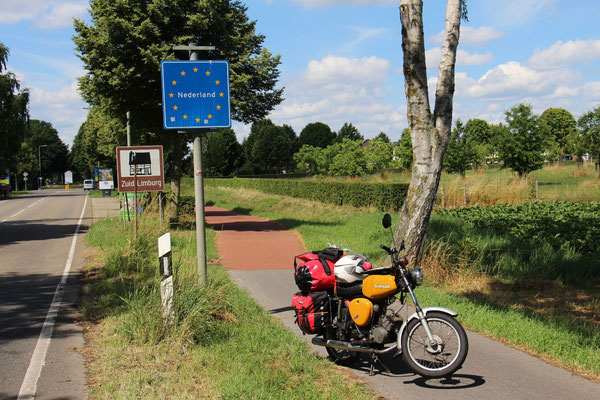 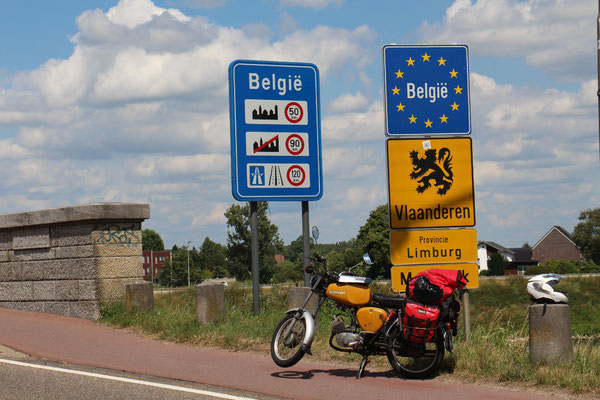 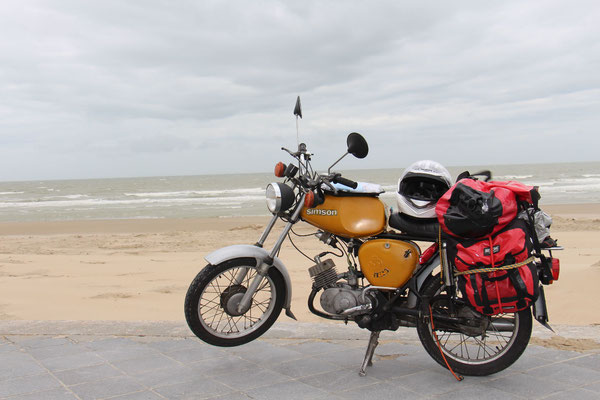 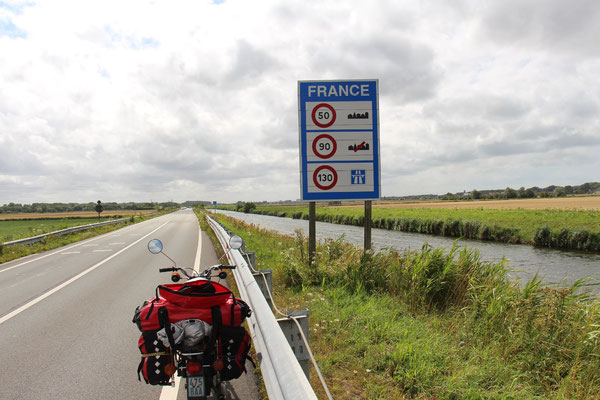 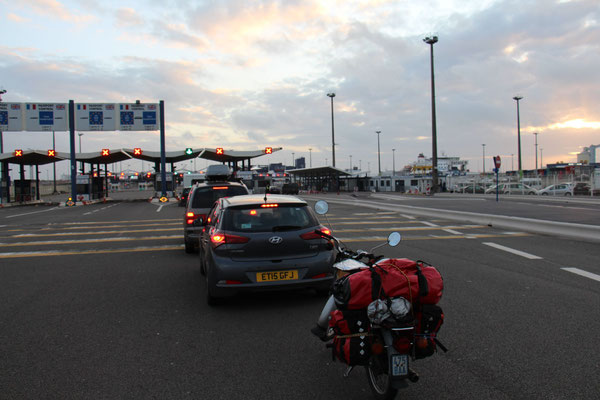 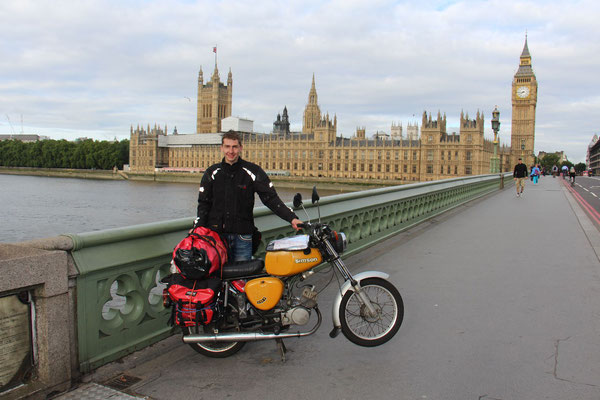 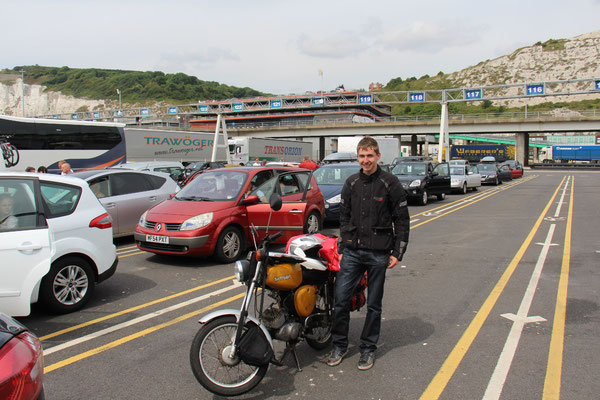 My second trip should be the Baltic Sea circle with 6000km (3728 miles). The following countries were planned: Germany, Poland, Russia/Kaliningrad, Lithuania, Latvia, Estonia, Russia/St. Petersburg, Finland, Sweden and Denmark. My goal was the Arctic circle about 120 km (74 miles) north of the Baltic Sea. After I made it to the Arctic circle, I realized, that this wasn’t enough. So, I decided to drive to the northernmost point of Europe, The North Cape.

My journey went through the media, more than 63000 people read my article and that’s the reason why I was invited to give presentations on Europe’s biggest motorcycle fair. 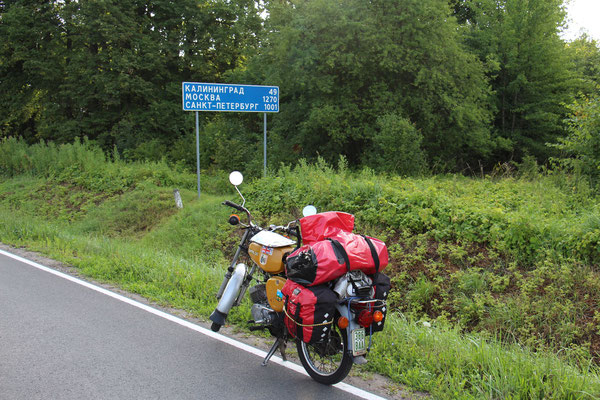 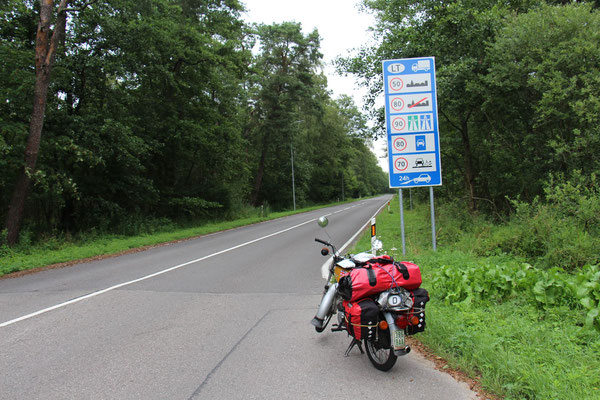 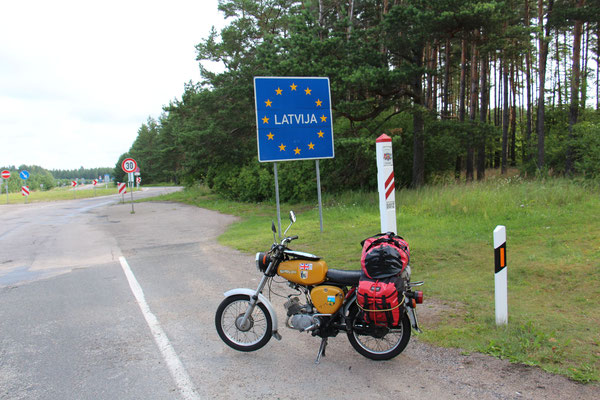 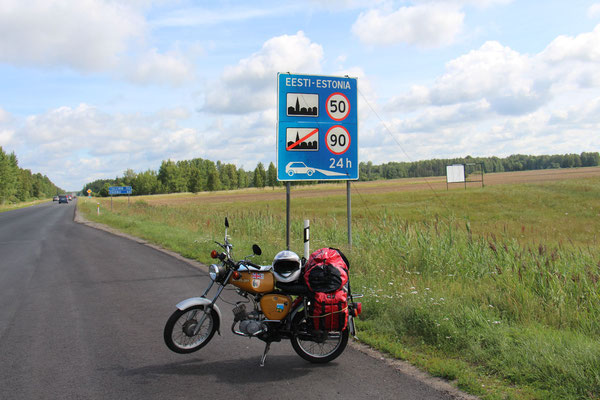 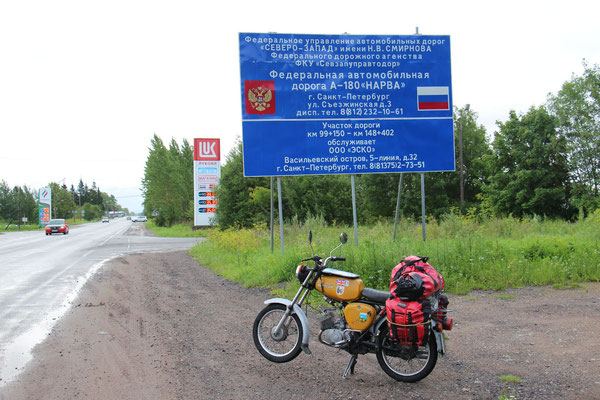 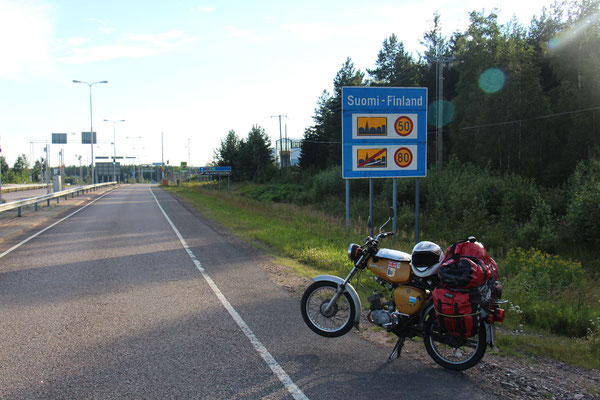 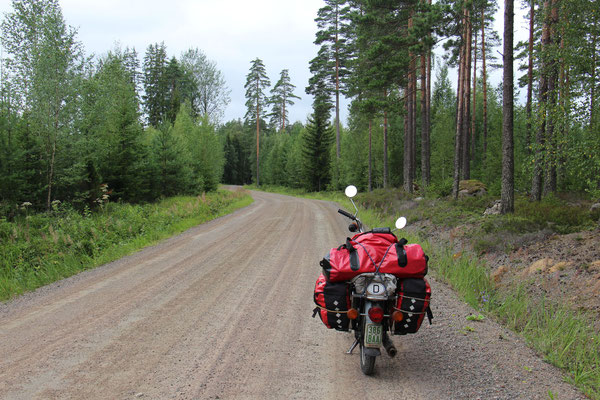 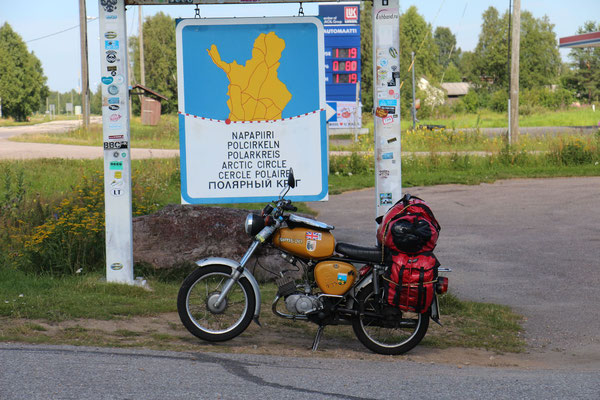 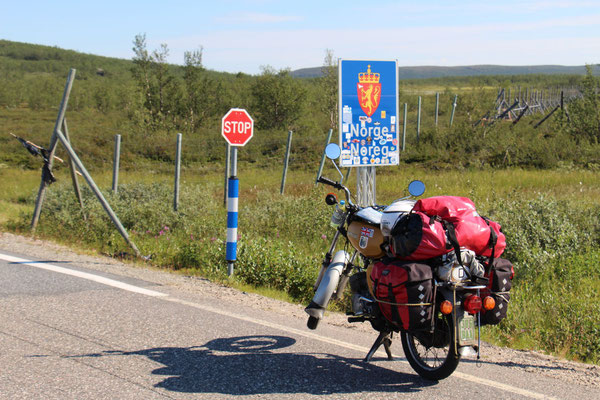 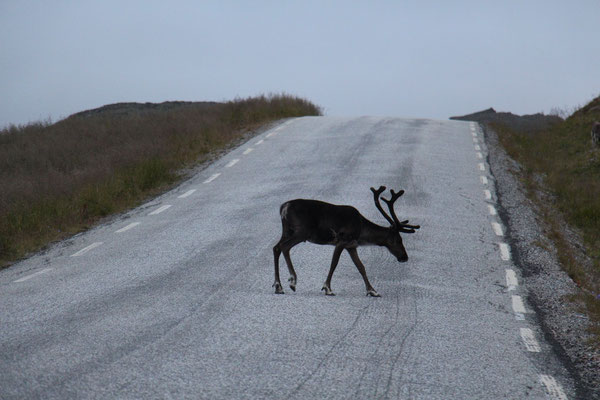 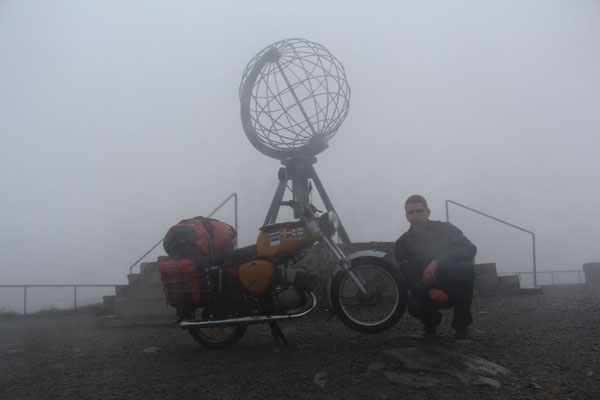 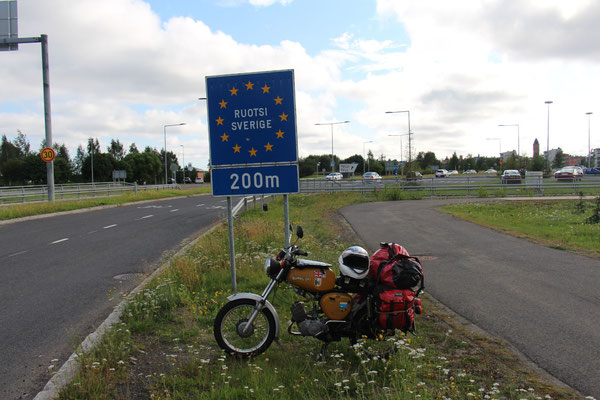 If you like this page, please leave an entry at my guestbook. (Gästebuch=Guestbook)

If you have any questions, then feel free to contact me: simson-reisen@web.de